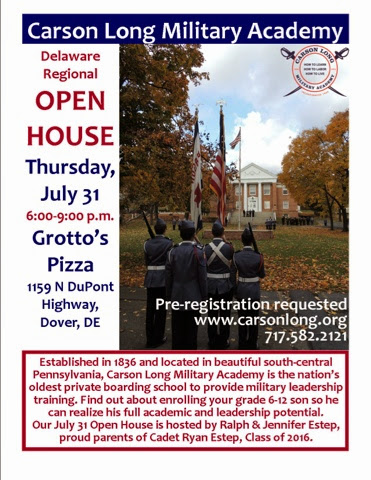 Posted by Unknown at 6:53 PM No comments:

Change in “Responsible Party” Must Be Reported to the IRS

Change in “Responsible Party” Must Be Reported to the IRS
Posted by Unknown at 11:56 AM No comments:

Pay for your Tax Preparation right from your Refund!

Here is a great product we are now offering our clients.

*This card is issued by MetaBank™, member FDIC pursuant to a license from Visa U.S.A. Inc. TPG is a registered ISO of MetaBank.
Posted by Unknown at 9:17 AM No comments:

My son Ryan Estep is a sophomore at the Carson Long Military Academy in New Bloomfield Pennsylvania. He is a leader at the school and his drill team today won a major competition placing first in all categories and will be heading to a national competition in New York next month. I am very proud of my son and his teammates. Here is a photo of him accepting the first place award.
For more information about the oldest American military boarding school visit carsonlong.org. We are also planning an open house in the Delaware area this summer if you are interested in enrolling your son in a school which will change his life and develop leadership. 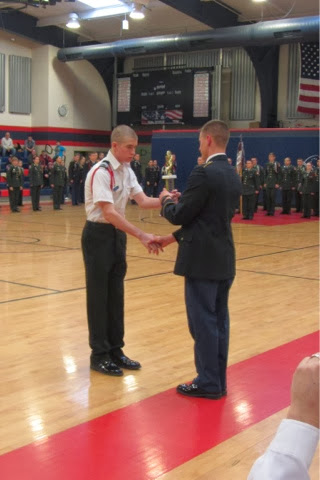 Posted by Unknown at 9:42 PM No comments:

TaxBot - This is a must have APP that may save you thousands.

I know your time and money are very valuable so I want to make this short . I have found a tax tracking system that I know will save you both time and money when it comes to keeping track of your receipts and mileage logs.

You need accurate records more than ever!

As a business owner or independent contractor you are 4 to 6 times more likely to be subject to a IRS audit.  The IRS has announced they want to hire over 10000 more agents once funding becomes available.   More than every you need to make sure you have back up records for the deductions you are claiming.

This inexpensive, simple and easy solution is currently being used by tens of thousands of business people across North America. Please watch short video because I believe it will help me help you save big MONEY on your taxes.

The IRS announced on its website that, beginning in 2014, it will stop providing a number of taxpayer assistance services in person or over the phone and will shift those services online. The move is designed to free up IRS employees to help taxpayers deal with issues, such as identity theft, that cannot be resolved through other avenues. The changes are being made in the following areas: (1) tax return preparation, (2) transcript delivery, (3) tax law assistance, (4) refund inquiries, (5) employer identification numbers (EINs), and (6) the Practitioner Priority Service.

Return preparation: In recent years, the IRS has provided limited tax return preparation services at its walk-in offices. There have been restrictions on where and when the help is offered and the IRS has required taxpayers to have income below the earned income tax credit thresholds to get help. This help will be further reduced beginning next year, as taxpayers are directed to the more than 13,000 volunteer tax preparation sites instead of the 250 IRS walk-in offices. The IRS also noted that Free File is available to taxpayers on the IRS’s website.

Transcript delivery: Early in 2014, the IRS will debut its Get Transcript service, which will allow individual taxpayers to use their Social Security numbers to view and print a copy of their tax transcript. Get Transcript will be available for the following types of transcripts: tax account, tax return, record of account, wage and income, and verification of nonfiling. Taxpayers will still be able to request that a transcript be mailed to their address of record using the online tool or sending in Form 4506T, Request for Transcript of Tax Return.

Tax law assistance: Most tax law questions the IRS receives during filing season are basic questions such as who qualifies as a dependent and who can take an exemption. The IRS will continue to answer these types of questions, but it will refer more complex questions to resources on the IRS website.

Refund inquiries: The IRS says the most common questions taxpayers ask are related to the status of a refund. The IRS notes that for the first 21 days after a return has been filed electronically or for six weeks after paper filing, taxpayers should check the status of their refund on the IRS’s online tool, “Where’s My Refund?” Customer service representatives will be able to help only those taxpayers who filed electronically at least 21 days prior (six weeks or more in the case of a paper return) or who are directed to a representative by the Where’s My Refund? tool.

EINs: According to the IRS, the EIN Online Assistant has been very successful, with more than 4 million requests processed per year. Beginning with the 2014 filing season, the IRS will handle all EIN requests using the Online Assistant, with only those with a previously assigned EIN being referred to an IRS representative.

Filing season for business tax returns
Last week, the IRS announced that the filing season for individual returns would begin Jan. 31. This is later than the originally planned start date of Jan. 21 due to the government shutdown in October. Filing season for business tax returns, however, will not be similarly delayed. The IRS announced that on Jan. 13, 2014, it will begin accepting both paper and electronically filed business and excise tax returns, including Form 1120, U.S. Corporation Income Tax Return; Form 1120S, U.S. Income Tax Return for an S Corporation; Form 1065, U.S. Return of Partnership Income; Form 1041, U.S. Income Tax Return for Estates and Trusts; Form 720, Quarterly Federal Excise Tax Return; Form 940, Employer’s Annual Federal Unemployment (FUTA) Tax Return; Form 941, Employer’s Quarterly Tax Return; and Form 2290, Heavy Highway Vehicle Use Tax Return.
The IRS emphasized that this date does not apply to unincorporated small businesses that report their income on Form 1040 on Schedule C, Profit or Loss From Business (Sole Proprietorship), Schedule E, Supplemental Income and Loss, or Schedule F, Profit or Loss From Farming, which are subject to the Jan. 31 delayed start.

—Sally P. Schreiber (sschreiber@aicpa.org) is a JofA senior editor.
Posted by Unknown at 11:05 AM No comments:

Great Letter from Jesus - I did not write this but it's right on point! Merry Christmas. 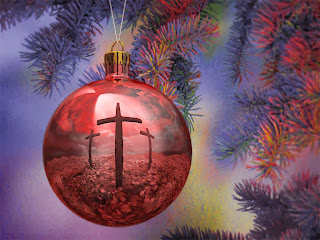 It has come to my attention that many of you are upset that folks are taking my name out of the season.  Maybe you’ve forgotten that I wasn’t actually born during this time of the year and that it was some of your predecessors who decided to celebrate my birthday on what was actually a time of a pagan festival.  No worries, I do appreciate the sentiment though and being remembered anytime.

I don’t really care what you call the day.  If you want to celebrate My birth just GET ALONG and LOVE ONE ANOTHER.  Now, having said that, let Me go on.

If it bothers you that the town in which you live doesn’t allow a scene depicting My birth, then just get rid of a couple of the Santas and snowmen and put up a small Nativity scene on your own front lawn.  If all my followers did that there wouldn’t be any need for a Town Square scene, because there would be hundreds of them all around town!

Please, stop worrying about the fact that people are calling the tree a “holiday tree” instead of a Christmas tree.  It was I who made all trees.  You can remember Me anytime you see any tree and at any time of the year.  Decorate a grape-vine and leave it up all year if you wish and remember I am the true vine, and my Father is the gardener.  I am the vine; you are the branches. If you remain in me and I in you, you will bear much fruit; apart from me you can do nothing.

If you want to give Me a present in remembrance of My birth here is my “wish list”.  Choose something from it.

1.  Instead of writing protest letters objecting to the way My birthday is being celebrated, write letters of love and hope to soldiers away from home.  They are terribly afraid and lonely this time of year.  I know, they tell Me all the time.

2.  Visit someone in a nursing home.  You don’t have to know them personally.  They just need to know that someone cares about them.

3.  Instead of standing by the water-cooler with your colleagues complaining about your boss and how stingy he was with the Christmas bonuses this year, why don’t you go into his office with a gift card and tell him that you’ll be praying for him and his family this year.  Then follow-up.  It will be nice hearing from you again.

4.  Instead of giving your children a lot of gifts they really don’t need, spend time with them instead.  Tell them a story of My birth, and why I came to live with you down here.  Hold them in your arms and remind them how much I love them!

5.  Pick someone who has hurt you in the past and forgive him or her.

6.  Instead of griping about a retailer in town saying “Happy Holidays”, be patient with the people who work there.  Give them a warm smile and a kind word and even if they aren’t allowed to wish you a “Merry Christmas” that doesn’t keep you from wishing them one.  Think about those who have to work over the holidays and bring them a plate of cookies to tell them you appreciate them for their hard work.  Take it one step further…when you go out to eat after church on Sundays, rather than look down your nose at all the people who “missed church” because they had to work, when that waitress takes your order, pray for her and thank her for her service to you and then leave her a good tip…not the chintzy ones you have been leaving.  My children should always be generous!

7.  There are individuals and whole families in your town who not only have no “Christmas Tree”, they have no presents to give or receive.  If you want to make a difference this Christmas, support a local charity that provides clothes, food, and shelter to those who are homeless or who help families in crisis.  Don’t just send them a cheque at Christmas either, support them year round.  If you can’t afford to support them with a monetary donation, give them your time.  Volunteering your time is just as helpful!

8.  Support a missionary, especially one who takes My Love and Good News to those who have never heard My Name.

Posted by Unknown at 2:41 PM No comments: